Offering a unique approach to fragrance, the debut collection of signature scents from the new maison de parfum The Harmonist focuses on creating personal harmony and well-being by drawing on the ancient Chinese principles of feng shui. Read on for more amazing facts about the early days of perfume: 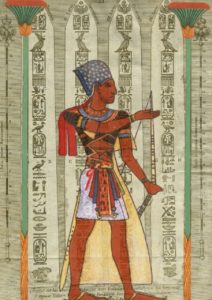 Egyptians are recognized as the first perfumers—According to hieroglyphs that have been found in Egyptian tombs, perfume was being made by ancient Egyptian and Mesopotamian peoples as early as 3,000 BCE, meaning perfume has been around for at least 5 millennia! The first “perfume makers” are believed to have been Egyptian priests, who sweetened the smell of sacrificial offerings by using aromatic resins and other natural scents. Egyptians believed that burning incense was an important way to connect with—and please—the gods.

Important Egyptians were buried with fragrances—Pharaohs, priests, and other important Egyptians were often entombed alongside many precious possessions, including perfumes. When these ancient tombs were opened by archaeologists in the late 19th and early 20th centuries, the fragrances, amazingly, were found to have retained their original sweet scent.

Egyptians may have invented aromatherapy—As well as using fragrances for spiritual rituals, Egyptians were also fond of using perfumes to maintain harmony and balance between the body and the soul, the principle on which the current art of aromatherapy is based. For example, a blend of cardamom and myrrh was used not only as a perfume, but also to soothe inflamed skin or burns; likewise, a combination of myrrh, frankincense, cinnamon, balsam, sweet rush, and serpent skin was used to help relieve anxiety. 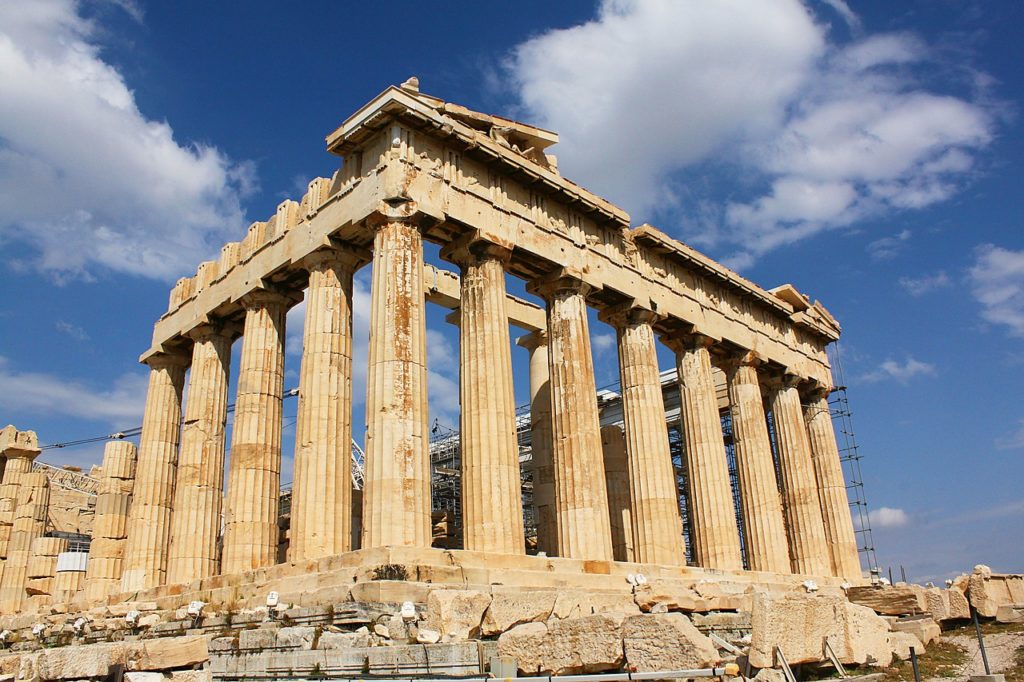 The Greeks wrote the book on perfume—The first known treatise on perfume was written by Theophrastus, the scientist and scholar known as the “father of botany.” His work Concerning Odors is an extensive examination of a broad range of perfume ingredients, including rose, mint, hyacinth, iris, cinnamon, and narcissus.

Important innovations in perfume development began in ancient Greece—While the ancient Egyptians were devoted to scents and fragrances, it was the ancient Greeks who developed the first version of “perfume” as we think of it today. They did not merely burn fragrant ingredients in the form of incense; they ground aromatic plants and resins and blended them with oils to create the first perfumes intended to be worn on the skin. This development was also related to the growing accessibility of perfume in Greek society—no longer just for the gods, perfume became a part of daily life for all kinds of ordinary citizens.

The Greeks used animal-based scent ingredients for the first time—While the fragrant ingredients used by the ancient Egyptians were exclusively plant based, ancient Greece introduced the first use of perfume ingredients derived from animals. Musk, a glandular secretion from animals like the musk deer, was one of the most popular, as was ambergris, a wax-like substance that originates from intestinal secretions of the sperm whale. 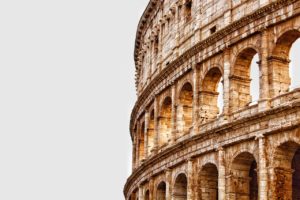 Most Romans were wild about perfume—Ancient Romans couldn’t get enough of perfume, which was becoming an increasingly opulent and luxurious product. Exquisite glass vessels were hand-blown to contain the precious scents, and popular fragrance ingredients were being consumed at an incredible rate: by the 1st century CE, Rome was using roughly 550 tons of myrrh and importing 2,800 tons of frankincense every year. While still an important part of religious ritual, perfume was used more and more to anoint the body, a development that went hand in hand with Rome’s love for—and the invention of—public baths. Affluent Romans used balms, scented oils, perfumes for skin and hair, and even scents for living spaces and some public spaces. As one legend has it, the emperor Nero was so obsessed with the scent of roses that he had silver pipes installed in his banquet hall so his guests could be spritzed with rosewater, and he once spent a fortune on a “waterfall” of rose petals (which unfortunately ended up smothering one of his guests).

But not all Romans—Some ancient Roman moralists, like the author and naturalist philosopher Pliny the Elder, condemned what he viewed as the excessive use of perfume in Roman society. He decried perfume as a superfluous form of luxury, which was not only ephemeral, but only able to be enjoyed by others (according to Pliny, the wearer of perfume did not smell it him or herself), and therefore an impractical thing to spend money on.